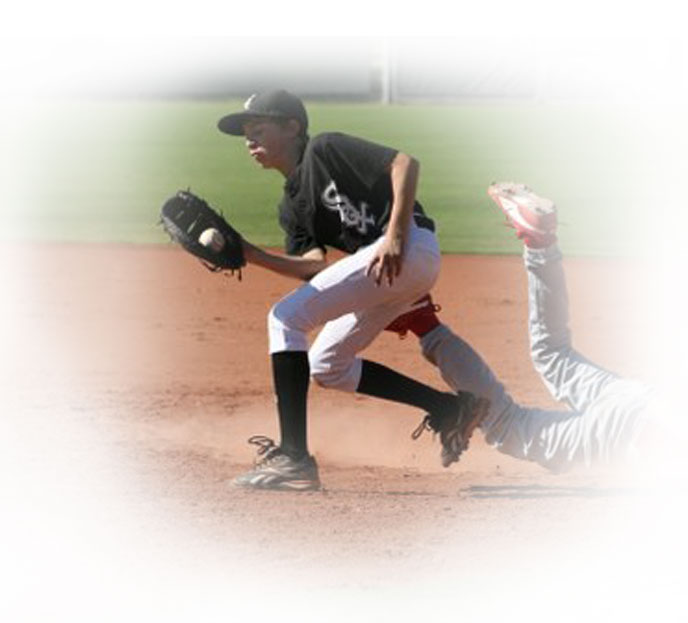 In approximate
order of
seniority of
seasons:

Copy-write 2016 Creative Colleagues.
Everything I Needed To Know About Life, I Could Have Learned On A Baseball Field... well almost everything

-- (excerpted from book in progress)

One of my favorite questions to ask kids is: "What is the definition of a strike?"

Invariably I get all kinds of answers (right and wrong) defining the strike zone. The answer of course, is simple: A strike is whatever the umpire calls a strike, whether we agree or not.

Often life can be arbitrary and from our point of view unfair. Umpires are human and as such prone to err or even bias. Players need to adapt to this and carry on. Some umpires call a low zone, some like letter high fast balls.

One thing is for certain: if we react negatively, even a roll of the eyes, we can make the strike zone even smaller. Keep it up and the zone can be reduced to the size of a basketball!

DICK DETRICK- my good friend who unselfishly kept the scorebook throughout the years and always encouraged every player.

We play Fall, Winter and Spring in AZ Playball organized and run by Jim Teeter which is chartered with Pony baseball. His dedication and skill provides thousands of boys and their families an opportunity to play ball at whatever level of competition they are capable of aspiring to.

We began in the Fall of 2000 under various team names and became the Black Sox in the Fall of 2002. Our name is appropriate to our purpose. It has been my greatest priviledge to coach boys who were sometimes ignored or cut from other venues develop into good ball players, but more importantly fine young men.

This Fall season marks my last. Forty five plus seasons over 30 years from 1983 to 2012, it is time to hang up the spikes and move on. Time to travel more and give my 59 year old arm a good retirement:). Old coaches never die, we simply fade away.

And what is a baseball team without a team mom. The thankless job of making sure everyone has snacks or meals between double headers. Cold iced towels in the heat and hot chocolate in the winter!

ALEX AND REED WITH "BROOKLYN" STEVE WHO UMPIRED MANY GAMES FOR THESE TWO GUYS!

Carson, Umpire Rich, Jacob and Zach. Rich umpired a LOT of games with this trio at La Casa field.

JASON HYMAN ONE OF OUR BEST CATCHERS.

JACE DETRICK WAS WITH US FOR 6 SEASONS.

PETER "considerableness" BOOTH AT 1B.

CARSON "KIT" WEBER IN HIS 5TH SEASON WORKS HARDER ON HIS GAME THAN NEARLY ANY OTHER PLAYER WE EVER HAD.

HARTLEY RODIE IN THE 5TH OF HIS 8 SEASONS WITH US.

TYLER GREEN CATCHING IN ONE OF HIS 11 SEASONS WITH US.

CRAIG KINNEBURG, ONE OF OUR BEST PITCHERS, PROBABLY SENDING A "CHURVE" BALL.

DAVID EVANS, WHO ALONG WITH TYLER, NAMED THE TEAM BLACK SOX. ONE OF THE ORIGINAL TEAM HERE IN HIS 5TH OF 6 SEASONS.

DANNY MAST DOING WHAT HE DID BEST... SCORING RUNS.

TYLER MASCARO - SOLID AT THE CORNER AND AT THE PLATE, HERE IN HIS 3RD SEASON.

JAKE CHOULET IN HIS 10TH SEASON WITH US. 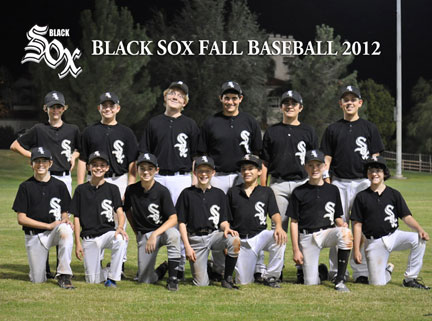 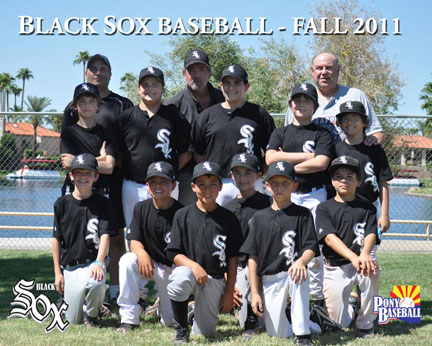 We did not post a stellar record, BUT, everyone grew in their skills and made new friends. This is an entirely new team drawn entirely from the league waiting list! Few knew each other going into the season but all have signed on to continue through winter 2012. Defense was not our forte , but pitching was great and this is one of our best hitting teams ever! 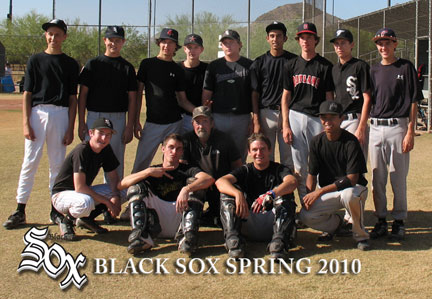 The guys at times put in some awsome plays any pro player would be proud of. Everyone had their moments especially Charlie's 7 inning 4 run win over the best team in the division! Nick was nearly unstoppable at the plate hitting over .800 for the season. Julian was the guy that put he team together - I told him: "Build it and I will come" - He did and I am glad I did! 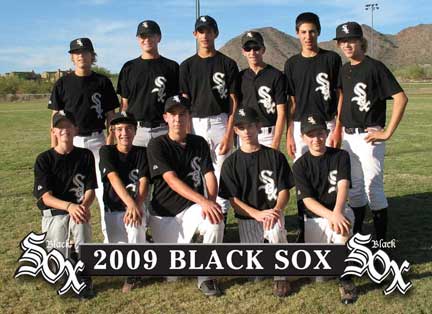 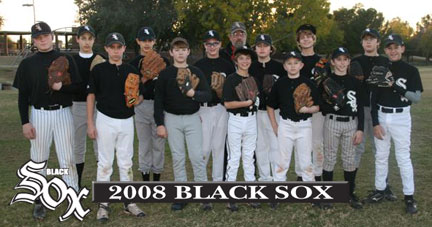 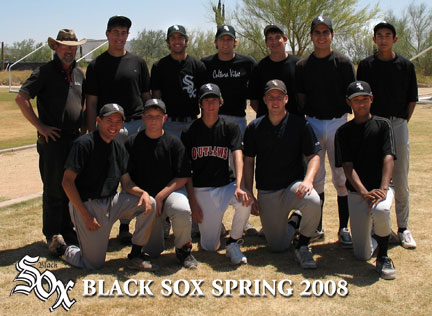 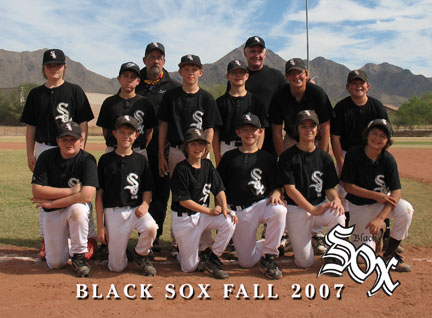 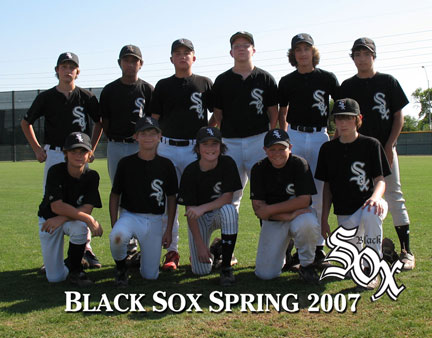 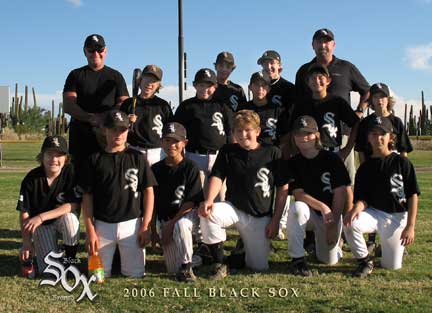 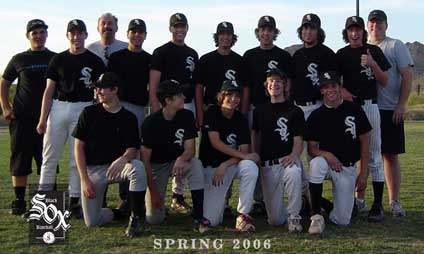 THE SPRING 2006 15-18 YEAR OLDS ENJOYED WHAT WAS FOR SOME THEIR FINAL SEASON AS THEY ARE COLLEGE BOUND FOR FALL OF 2006. IN MANY WAYS ALSO A REUNION SEASON WITH ALL BUT 3 GUYS HAVING BEEN WITH US ANYWHERE FROM 2 TO 15 SEASONS. FRONT ROW (L-R) STEVE O'HAIR 3, TYLER GREEN 11, CONNOR SWENSON 3, ANDREW SWENSON 6, ALEX HILL 8, (BACK ROW L-R) CHASE, REED PLIMPTON 15, COACH DETRICK, LUIS CORZO 1, DEAN SYMANCYK 2, JESSE CASTILLO-BONETT 1, RICKY BONDESON 2, SCOTT MARKS 5, JORDAN DETRICK 8 AND COACH SWENSON. (ABSENT: NAT MOSELY) The number following the name represents the number of seasons with us! 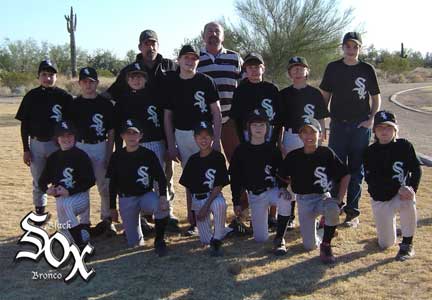 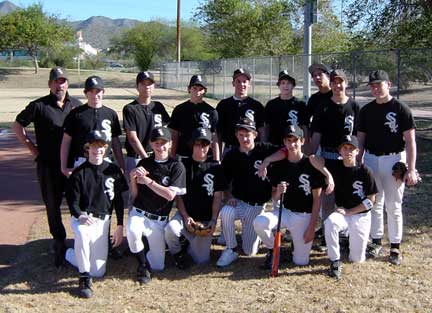 Josh Schulz - in memorium - only played with us one season (fall 2009) but earned "most improved player" award. He was taken from us all too soon by meningitus in 2011.

"Mrs. Coach" - Cathy Green who passed away on October 25th, 2010. Spent a lot of time alone so I could spend time with the team. Many of our "baseball family" attended her memorial services. And I thank you all for your support!

We have had winnings seasons and losing seasons in the W/L column, but these guys are all winners to me. Some have gone on to play high school ball, most are good or excellent students. All have grown and matured. My measure is always "would I want to be friends with these guys if I was their age?" and the answer is almost invariably yes!

It is my greatest priveledge and honor to be entrusted with your most valuable assets week after week, year after year. I thank you for your trust.

They keep me young at heart! 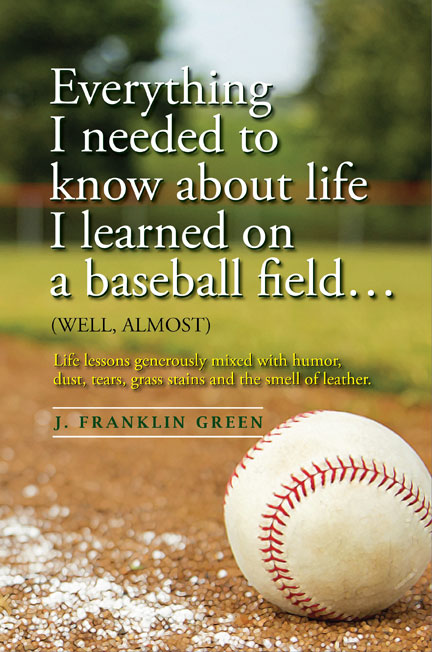 Dedicated to
Jim Teeter
AZPlayball - PONYLeague who worked tirelessly and selflessly for over 20 years in youth baseball.

See other books by this author at:
www.jgreenbooks.com